The Help – Kathryn Stockett – Not Really a Review 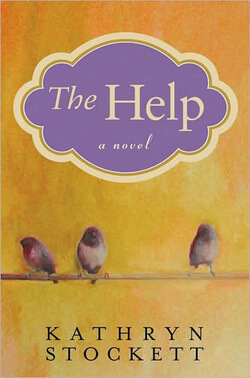 It’s usually not my practice to jump on the bandwagon with overhyped bestsellers.  Generally this means no reviews and sometimes I don’t even read them.  In fact I’ve yet to learn a thing about Dragon Tattoos or Rooms.

However, after a recent holiday where I traveled through a number of large airports I returned with the feeling I’d just been for a swim in a sea of Kathryn Stockett’s books.  It was simply impossible to look any direction on a plane, a beach or while in an airport and not have your field of view filled with The Help.

Of course with 5 million copies floating around, it is of little wonder though I feel like I’ve personally seen most of the books in print.

I decided to give it a read and see for myself why total sales are now being measured in the millions.  Then after reading it, I wanted to write about it, but felt a review at this point would be a bit on the clichéd side as I am sure if you don’t know what this book is about the chances of you stumbling across this review are quite slim.

I remember visiting with friends who had help in their homes.

I also remember seeing a lot of the interaction between the help and their employers.  Even more I remember what my friends had to say and how they interacted with the people who worked in their homes.

With this in mind, I read and enjoyed the book.  Overall, I found The Help quite a compelling book.

Sure, there were places where the narration got a bit wordy and there are parts where the story drags a bit, but growing up in the South, well, that’s a part of our reality down here.  Things move a little slower and take a bit more time but we ultimately get where we are going.  Sometimes along the way we talk a lot.  After all, we all only have a limited time here so why not make the most of it?

I also understand why so many people are talking about the book.

In my humble opinion, it is generally not possible to write about the subject matter of The Help and not have it be a lightening rod for comments from all sides.

There are more than 4,000 reviews of the book on Amazon.  My book has 30 reviews and I wear that like a badge of honor.  That more than 4,000 took the time to review this book speaks to the splash it has made

A few years back The Da Vinci Code had a similar impact on the world of publishing.

Perhaps, other than wizards and vampires, it takes something of this level of controversy to propel a book to the heights The Help has reached.

I read a number of the Amazon reviews. Interestingly enough, the bulk of the reviews are 5 star reviews that simply cannot heap enough praise on the book and the author.  I expect that with 5 star reviews.

For this reason I go to the 1 star reviews to see what bothers the readers.  They rail on Stockett about how she is the wrong race to write about African-Americans, they decry her dialogue as stereotyped, they say she can’t write and criticize her for taking liberties with reality. However, after reading a number of these reviews, I think it all boils down to the fact the 1 star folks just didn’t like the book. And just because you don’t like something doesn’t make it bad.  I don’t like steak but that doesn’t make steak bad.

I think it’s an effective book. I think it is quite the talent to be able to write something that will elicit that kind of response.

At the end of the day, it’s fiction and in my humble opinion, pretty good fiction, particularly with so many people talking about it.  I’ve lost count of the conversations I’ve had or overheard about The Help.

I don’t expect The Help to change anything that happened in a historical context.  I think some people may be surprised that what she talks about is based in reality – and in some cases – not a 50-year-old reality.

In checking about I learned some interesting things about Stockett and her road to getting The Help published.

First it was far from an overnight success.  It took her years to write it and longer still to have it published.  I will admit that I felt a connection when I learned that I had about the same number of rejection letters as did Stockett.

I enjoyed the book.  I enjoyed the characters and felt compelled to finish the book quickly.  I will look forward to her next book.  Sure, there were things about the book that weren’t perfect, but I actually enjoyed these qualities of the book.

Stockett breaks a lot of rules that were engrained in my head as huge “no-no’s” when I started writing.  But for Stockett, they worked.  They worked so successfully that I finished a 400+ page book in a couple of days.

I believe if they work for her, they can work for others.  This reinforces my belief that if you have a story to tell, tell it, worry about the rules later, but tell your story.

I like the fact that Stockett has more than 50 rejection letters.  This essentially confirms for me what I have suspected.  Even the agents, editors and publishers can’t be certain what is going to sell (unless it is Stockett’s next book) or what won’t sell.  Sure they can make educated guesses, but until it hits the shelves, you just don’t know.

For me reading fiction has always been about an escape.  It has been a gateway to allow me into another world where I am the author’s guest.  Stockett provides just that and does it in a very effective fashion.

If you haven’t read The Help yet, stop what you’re doing and look around.  I’m sure there’s a copy within arm’s reach.  If not, go pick one up.  I think you might enjoy it.