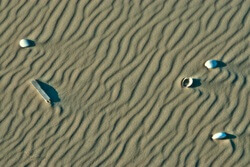 So the end of Summer is upon us.  In fact it’s the last weekend of summer, but there is nothing wrong with squeezing out a few more weeks of bliss before fall is upon up.

Hopefully everyone has devoured a number of great books since Memorial Day. If nothing else, I’m sure you’ve read The Help by Kathryn Stockett.  While I am told there is one person who hasn’t read the book, I am also told this is the same person who doesn’t have a cell phone, so no one’s been able to track him down.

Earlier in the summer, as the days of beaches, holidays, vacations, and afternoons by the ocean/lake/cabin, etc. was getting started, I offered up a few suggestions for summer beach reads.

Since then I’ve read a few more books and wanted to offer a few suggestions for the end of the summer season.  If I’ve reviewed the book, follow the link for more information.

Iron House by John Hart.  If you haven’t read John Hart you’re missing out.  He has four books in print and all are great standalone novels.  He’s an amazing storyteller, so much so that you won’t be able to help yourself as you keep reaching to turn the page.

Iron House takes you along for quite the ride as an orphan who has grown up in New York travels back to the mountains of North Carolina to uncover a past that probably was better left alone.  You’ll be on the edge of your seat until you’ve read the last word.  Then you’ll be off to the bookstore to get more of Hart’s books.

In Leah’s Wake by Terri Giuliano Long.  One of the things I love about being an independent author is that I read a number of books by other independent authors.  In Leah’s Wake is one of those books.  When I first reviewed this book, I felt as if I was in on a secret having found it.  However since then the secret has started to spread and I’m sure it is only a matter of time until this book is all the buzz.

Long takes us inside what appears to be the model suburban family, but once inside the cracks start to show.  In Leah’s Wake uses the tragic and near instant fall from grace of the family’s teenager daughter, Leah, to show that sometimes the familiar and comfortable façade really isn’t as solid as it may appear.  You’ll be talking about this book long after you’re finished.

Bella by Steve Piacents.  Yet another independent author I’ve had the pleasure to discover.

Piacente is a former newspaperman and he brings to play a wealth of knowledge and experience in his debut novel, Bella.

Bella is a young, beautiful widow who has lost a husband in combat in Afghanistan.  The only problem is that while the Army says he died in combat, an anonymous phone calls say otherwise.

With cover ups, political intrigue, great dialogue and a fast pace, you’ll want to stop because you know the end is coming, but you won’t be able to.

Serena by Ron Rash.  I hope you’ve heard of Ron Rash.  If not, now you have.  Rash is perhaps the newest and truest voice in southern literature to arrive in many years.  He has a number of books out, but Serena, his latest, is simply pristine.

Serena is set in and around Asheville, North Carolina in the early 20th century.  The backdrop is the clear cutting logging industry and sets the stage for a chilling tale of love, obsession, revenge and deception.  You’ll likely close the book when you’re finished and simply say, “Wow.”  I also just found out that Rash’s newest book will be out next April, so mark your calendars.

Wallace takes us inside the world of fine wine auctions using a stash of wine having belonged to Thomas Jefferson as the vehicle.  The back-story is astounding and not something that you will think could have really happened.  If you aren’t a wine enthusiast you’ll enjoy it. If you are, you’ll love it.

So those are my humble offerings for end of the summer reads.  Of course, I’d love to have you pick up my book, The Trust, if you’re looking for something to wind up the summer with.

And while you’re here, why not check out my novel, The Trust. It was recognized in the 2011 Beach Book Festival and was picked by Charleston Magazine as a must read for the end of the summer.  It’s also on sale through Labor Day.

Enjoy the rest of you summer but remember, a Beach Read is just as good in the Fall or Winter as it is in the Summer or Spring!