Flesh by  Khanh Ha – A Review 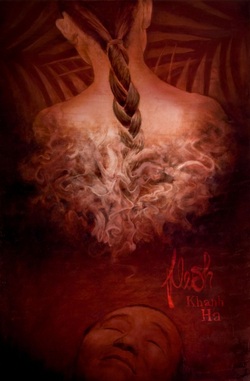 All too often people forget the makings of a great story is not how grandiose the plot may be or the size of the stage upon which the novel is set, rather it’s the characters and, in reality, how important their story is to them.

I recall a book about a man trying to get home.  That was the essence of the entire story; well except for the fact he was walking home.  Since I read this book I’ve told many a fellow reader about this literary gem and, purposefully, given them this sparse description.  I’ve done this largely to gauge their reaction.  Almost universally the reaction was lukewarm at best.  Then I would elicit a promise to have them read the book.  Again, almost universally, when I saw them soon after they too had nothing but praise for the book, Cold Mountain by Charles Fraizer.

Flesh by Khanh Ha is this type of book.  At its core, it is a book about a son trying to honor his family by obtaining a proper burial for his father and brother. And for this boy, this becomes his driving raison d’être.

After I finished Flesh, I was left with one word echoing in my head that, for me, describes the book. For me the one word that encapsulates Flesh in its entirety is poignant.

The characters, the setting, the pacing of the plot, the book as a whole, all done in such a poignant fashion that the tale as a whole simply resounds with a voice that is unique and memorable in rare fashion.

Set in turn of the 19th to 20th century Hanoi, Flesh opens with the execution of a notorious gang of criminals.  Their leader, almost a Robin Hood in provincial view, is executed last and his teenage son witnesses his death.  From this point forward the son is focused on honoring his father by obtaining a proper burial location for his remains.

In Flesh Ha transports the reader seamlessly to colonial Vietnam.  Through the book the reader will find themselves on the cusp of feeling a humid breeze upon their skin, hearing the noises of a South East Asian city, smelling the scent of a meal cooking in a kitchen, feeling the tension that frequently lurks just around the corner, the chill in the spine that comes from the first view of an opium den, and even the engulfing bliss that comes from the first ever draw of the sweet smoke for an opium pipe.

I read a lot and recently have decided that the success of a book will turn on the genuineness of the characters.  Rarely do you encounter characters as true and authentic as you will find in Flesh.  Even though they are steeped in, for a westerner, unfamiliar traditions and trappings of a foreign culture, the characters as developed by Ha make the reader feel more like they have stepped in to the tale and are witnessing it as it unfolds rather than reading about it from a time and location removed from the story.

Perhaps what I enjoyed the most was while the characters drove the tale, they did so via plot that was as pleasantly tangled and tense as you will find.  And despite this, from the first moment, the plot was believable and, most importantly, timeless.

Readers of character drive tales, literary and historical fiction need to prioritize getting this book.  As well anyone that has wanted to read a solid work of this nature but has not yet would be well served by starting here.

Wanna win a $50 gift card or an autographed copy of Flesh?

About the author: Khanh Ha was born in Hue, the former capital of Vietnam. During his teen years he began writing short stories which won him several awards in the Vietnamese adolescent magazines. He graduated from Ohio University with a bachelor’s degree in Journalism. He is at work on a new novel. Connect with Khanh on his website, blog, Facebook, GoodReads, or Twitter.

Get Flesh on Amazon or Barnes & Noble.

EMBED CODE can be found at http://www.rafflecopter.com/rafl/share-code/YzE3YzI0YTkzYTJkODQ0ODQxZDUwNTUwMTQ3OTkxOjI3/