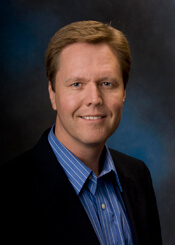 Recently I was honored with an invitation to participate in a blog tour for The King Whisperers by Kerwin Swint.  You can find my review here.  I reached out to Dr. Swint, who is a Professor of Politics at Kennesaw State University, and invited him to participate in an author interview. He graciously accepted.

1 – Tell us a little about yourself.  What brought you to the world of writing?  How did you come to write The King Whisperers?

As a college professor, I’m expected to publish, so I always have. But a few years ago I started writing more for pleasure.  My book Mudslingers is an example.  The King Whisperers was born out of my interest and curiosity about the power behind the throne throughout history.

2 – In telling the story of The King Whisperers, you use 10 separate and distinct categories. Each category focuses upon traits or styles specific to the Whispers of that category.  How did you decide on these specific categories?

I broke it down as far as what categories were distinguishable, and what would make for the best storytelling. You could write a book about each of the 10 categories actually, and go into more depth.

3 – Within each of the 10 categories, you use profiles of different individuals to help the reader understand the traits of Whisperers in the individual categories.  How did you decide on the specific individuals you’ve included in each category? What criteria did you use to include, or exclude, individuals from each category?

Well, I made a list of people I thought fit each category – then I narrowed down the list for each of the categories, based on how well they fit, and how interesting their story is.

4 – Where there any Whisperers who didn’t make the list for any category that you wish had been included?

There were lots that didn’t make the cut – I thought about having an Honorable Mention chapter, but the publisher thought it was unnecessary.

5 – From the Whisperers in the book, do you have a favorite and is so, who and why?

Machiavelli is just such an interesting character, and ultimately, a rather tragic figure. I also developed a lot of admiration for people like Sakamoto Ryoma of Japan and K. Kamaraj of India.  Then of course there is Francis Walsingham and Cardinal Richelieu – both devious and successful Whisperers.

6 – Given that many Whisperers had true power within their grasp, do you have any theories as to why more of the Whisperers, particularly in non-democratic states, didn’t take that final step to pursue the ultimate seat of power?

Some were comfortable behind the scenes, such as Talleyrand. Others were not able to for political reasons.

7 – In some cases there seemed an overlap between individuals in different categories.  For instance, Trotsky and Stalin.  While I’m not sure, given all that was Stalin, it would ever have been possible for the two of them peacefully, and permanently, have co-existed, if the two of them from the start had seen in the other a companion in the cause, do you feel their relationship could have been different?

Yes, some do overlap.  Stalin always viewed Trotsky with jealousy and suspicion. He would likely have eliminated Trotsky eventually no matter the circumstances, as he did most of his other rivals.

8 – One profile I thoroughly enjoyed was that of Che Guevara.  I was particularly happy to see you address the ironic juxtaposition of the commercialization of perhaps the least commercial person in history.  Do you think his recent commercialization will have a lasting impact on his actual role in history?

I think it’s very interesting how his image has become so commercialized. His role in history is misunderstood, I believe, due in part to the commercial success of that image. Many who wear it on clothing or on posters really don’t understand much about it.  It’s ironic.

9 – One point of particular timeliness is the profile of Omar Suleiman.  Given all that has happened as of late in Egypt, what do you think the future holds for Suleiman?

I haven’t read anything about him lately. At this point it seems his star has fallen along with the Mubarak regime.

10 – Apart from Guevara in Cuba, I believe the rest of Central and South America are lacking as to Whisperers.  Do any Whisperers from this part of the world come to mind, and if so, who would you suggest as the leading candidate for further study from this region of the globe?

Simon Bolivar is someone I was interested in, and might further develop something with him in it. That region has had its share of Whisperers, but less is known about them in many cases.

11 – What was your biggest obstacle in bringing this work to print?

Having the time to work on it, with a full teaching load, community commitments, and three kids.

12 – Nonfiction can be an intimidating area for the first time writer.  What guidance can you offer to those who are beginning the path to a work of non-fiction?

The best advice I ever heard is “write what you know.”  You are more comfortable and confident when you are working with something that is familiar to you.

13 – Anything you can tempt us with for your next book?

I’m trying to decide between recent political history and something in the area of historical fiction.

I love the creative process of writing.  Starting and working on a project is exhilarating, and seeing it to completion is very gratifying I intend to do this for the rest of my life.

Oh and as long as you’re here why not read an excerpt of my book, The Trust, or even buy a copy of your own.  A percentage of all sales will be donated to canine related nonprofits.  Support K9 rescues!