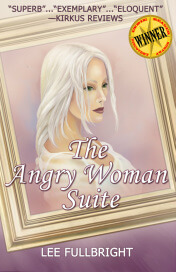 When I was a child growing up in rural South Carolina the nearest (and only) mall was an hour away.  Oh the joy when we loaded up and rolled in to do some shopping.  One of my most favorite stores was store called Spencer’s Gifts (yes the place with the INCREDIBLY cool black light posters something a true child of the 80’s will fondly recall).

Black light posters aside my favorite part of Spencer’s was the magician this store had out front.  While I now realize his feats of wonder were little more than slight of hand, the tricks, filtered through my adolescent eyes were nothing short of sorcery.

I’ve read the book from cover to cover twice (yes, it is that good, great the first, better the second) and I am still in awe at what I have found.

Let me walk you through it.

I was surprised when the book started out with a cast of characters literally set out in the opening pages.  Odd as this was initially, I found it incredibly helpful as there were several times the first time through I had to refer back to keep the players straight in my head.

Fullbright controls the flow of information to the reader in the most unique of fashions.  The different characters are grouped with a central character in each group serving as the narrator.  The groups, while part of the overall story, generally experience their reality in different time periods of the story. There are characters that are unique to the individual time periods, but also characters that appear in all of the time periods.

Here is where it gets interesting.  It was fascinating having one group reference an event and then when with another group actually experiencing the event.

This novel literary technique allows for an endless number of foreshadowing and flashback events.  Fullbright takes full advantage of this to first introduce an event then allude to it in a way that it is clearly of substance to the characters but as the reference is out of time context, the reader knows nothing other than some event has occurred, but not the details of the event.

By doing this so effectively, Fullbright literally throws the reader into the timeline allowing them to experience the emotive response and reaction of the characters without knowing the event that caused the response.  At first I was frustrated by this, but much to my surprise this technique allows the reader to become familiar in a fashion that vests the reader in the potential outcomes of the different forces at play on the characters in the book.

Aside from this technique, Fullbright creates a number of memorable characters all of who refuse to be stereotyped.  Fullbright’s natural gift for dialogue permeates the story.

Angry Woman Suite lets the reader learn the secrets of an affluent Pennsylvania family telling the tale through three different family members spanning several different generations.  Deceit, betrayal, insanity, vices, manipulation, heartbreak, love lost and even murder permeate the pages of this fine work.  (How can you not have great fiction with these themes?)

There are times when a modicum of focus is required, but then again, this is literary fiction and with a little investment one will find themselves with the penultimate scene staring them in the face moments away from a moment of “Wow” with the manner in which Fullbright orchestrated the end.

In the end readers of mysteries, generation spanning tales, period fiction and literary fiction will enjoy Angry Woman Suite.   For me the true reward was learning that unlike the slight of hand the magician at Spencer’s gave me, what Fullbright has put between the covers of Angry Woman Suite, even if I was to learn how it was done, still would border on literary magic.

Wanna win a $50 gift card or an autographed copy of The Angry Woman Suite? Well, there are two ways to enter…

About the author: Lee Fullbright is a fourth-generation Californian, raised and educated in San Diego. She is a medical practice consultant and lives on San Diego’s beautiful peninsula with her twelve-year-old Australian cattle dog, Baby Rae. The Angry Woman Suite, a Kirkus Critics’ Pick and Discovery Award winner, is her debut novel. Connect with Lee on her website, Facebook, Twitter, or GoodReads.

Get The Angry Woman Suite on Amazon or Barnes & Noble.

EMBED CODE can be found at http://www.rafflecopter.com/rafl/share-code/YzE3YzI0YTkzYTJkODQ0ODQxZDUwNTUwMTQ3OTkxOjIy/